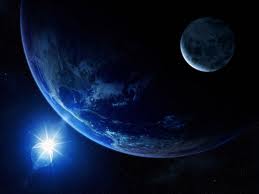 Usually when people speak of Earth Day, they seem to emphasize environmentalism and conservation, but it seems to me that an important and often ignored component is to foster a sense of place.

With so many families moving so often, that is hard—but it is even more important. To a child (and in many schools, after Christmas and Hallowe’en, Earth Day is the most celebrated holiday), statistics such as:
are dry, hard to visualize, and well, not very meaningful to many people. 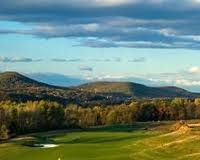 I grew up in the Musconetcong Mountains, a spur of the Kittitinny Ridge of the Appalachian Mountains in northwestern New Jersey. As a child, I heard place names dating from the time that the Lenni-Lenape tribe of Native Americans had called it their homeland, as well as those associated with later waves of immigrants from Europe: Dutch, Swedish, English, Scottish, Irish, Welsh, German, and others.

My parents were transplants from Red Bank and Middletown in the south-central part of the state, which is probably why my brother and I were encouraged to learn what we could of local history, often discussed around the dinner table. (I don’t recall it being taught in school at all; I hope that that has changed.) Mother passed on her “canaler fever” to me, and I in turn infected my Pennsylvanian husband, because I grew up around the remnants of the Morris Canal.

Because my family were unusual in the late 50s and 60s in taking us on vacation camping trips across the country and Canada, my brother and I were exposed to a wide variety of landscapes besides the ones in which we moved every day. By the time I was 15, I’d been to all but 3 of the lower 48 states and 5 provinces of Canada—a wonderful learning experience!

﻿﻿﻿﻿
﻿﻿﻿﻿My father, Charles Richard Jacob, was an amateur naturalist. As a boy, he’d been taken into New York City by his opera-loving French father; Grandpa Jean Pierre Jacob spent several Saturdays every season at Metropolitan Opera matinee performances, paying a guard at the Natural History Museum to keep an eye on his son and giving him some money for lunch at the café. Daddy was soon a familiar sight there, often allowed to go behind the scenes as he grew older. One day he wore his Boy Scout uniform because he had persuaded Grandpa to go to a father-son banquet that evening when they got back, and there wouldn’t be time for him to change. As usual, he wandered around, eventually opening a door into a library that was normally deserted. But that day it was occupied by a man he recognized from pictures immediately—Dan Beard, the founder of American Boy Scouting—and another, more slender, dark man. Stammering apologies, Dad was about to leave, when Mr. Beard beckoned him in and they began talking to him. The other gentleman was Dr. Charles Eastman, the Sioux protagonist of Bury My Heart at Wounded Knee, an outstanding activist for his people…and who had helped Dan Beard design much of the outdoors programs then used. Both men enlarged my father’s view of the world; he never forgot that meeting, anymore than he forgot that at that evening’s Scout banquet, he became a Life Scout. To the end of his life, Dad was fascinated by the outdoors and Native American life.
During WWII, forced to be active on the Home Front instead of in the Army Air Corps as he wanted, Dad became the local Boy Scout District Superintendent. I think it was a big disappointment to him later that my brother had no interest in becoming a Cub Scout or Scout, but when I was 8, Mother formed Brownie Troop #33 in Hackettstown, and I was an ardent member of the Girl Scouts for the next ten years. Daddy was happy to be a resource, teaching us how to march, tie knots and a lot of woodcraft like tracking, finding our way with and without a compass, mapping, making fires, and so on.

﻿﻿
﻿﻿ Mine is a family of enthusiasts. I remember one chilly spring when I was about 9, most of it spent crawling around portions of Stevens State Park with Mother, as we identified different kinds of mosses and lichens through a small magnifying glass Jeff had given her for Christmas. The aluminum cover, embossed with an American eagle, swiveled to form its handle. That may have been the same spring that Daddy got interested in making and using Stone Age tools, and that meant that I did too. It was fun to imagine a family using them long ago…

Almost every Saturday and/or Sunday afternoon when I was a girl, Dad and I, and often Mother too, would go for a walk or hike in a park: as a little girl, to me Voorhees and Stokes seemed a long way away, but we also hiked up and down Mt. Tammany in the Delaware Water Gap more than once, and closer to home were Stevens State, Hacklebarney, and Jenny Jump. Mother and Dad sometimes went up to Hawk Mountain in PA for the hawk count. Besides wherever we vacationed out of state, we went to just about every non-urban park and bird sanctuary in New Jersey from High Point to Barnegat. We knew and loved them all at different seasons.

I can’t go anywhere without looking at things like the color of the dirt (to me, proper soil in the black humus soil of Great Meadows; I look at red and think “clay” and wonder how much grows in brown). I look for birds, especially hawks, and I rejoice in trees. Mother the artist taught me about the 3:1 ratio of branches, and she loved the shape of trees as much as I do.

Is it any wonder that from the ages of 9-17, I was a Transcendentalist? I wondered how my ancestors could bear to leave their homes for somewhere else, although now after so many years in southwestern PA, I can understand how one can come to love another place, in a different way. But my heart is rooted firmly in those mountains and rivers of my childhood, and when I think of Earth Day, I think of those places. There have been times in my life when I have longed for them so much it is physically painful, when I have needed to get away from buildings and move my feet from macadam, asphalt, or concrete sidewalks to the more yielding and sympathetic earth. It nurtures me in the deepest places.

That is why I believe it is important for us to encourage our children to love places, to develop that sense of unique place in each of their hearts. Yes, we need to take care of our planet and those who dwell upon and in it. Yes, we need to be better stewards. No child, anywhere, should go to bed hungry, ever. We should not waste or mar the beauty around us.

But all the statistics in the world will not be as real as a treasured memory of a spring or summer or fall morning in forest, desert or coastland, or a winter moon seen through air so crystalline you almost feel it will shatter at a loud noise. Those memories will be our earth’s safeguard, because they will arouse a passion for preserving more than the regret and impersonality of numbers.

Here are two poems of mine:

Stephen’s State Park
(for my father)


My first quarter-century,
March through November,
we drove North Jersey roads
to walk the trails of her parks:
the height of Mt. Tammany,
Brigantine’s southern bird-cry,
Voorhees’ mossy ledges,
Hackelbarney’s glacial scree
--all part of weekend freedom.
Mother the artist delighted in tree-shapes,
framed-in compositions, matched earth-tones.
I hunted for words, fought with line-breaks,
Spun out rhythms like stones on water.
You    simply   loved.
Last year the family asked you
not to go alone.
Your almost-eighty years scared them.
Mother still works; I’m far away.
You walk on macadam among houses
--a man can’t sit all day inside.
Daddy, this spring I’ll come home.
We’ll choose canes from your collection
--maybe I’ll lend you one of mine—
drive out Willow Grove Street,
leave the car in Stephens’ lot
below the hill you cannot climb now.
We’ll walk the river path,
watch the Muscanetcong brown as Mother’s eyes
below a sky as blue as yours,
look for fiddlehead ferns and early violets
sheltered by bleached brittle leaves,
the way we always do.
We’ll pause on the footbridge
to Brock Island,
find weathered seats, sturdy
as your larger bones,
touch new bark on tree-trunks,
talk    and    not-talk.
There   we always    listen.
Daddy, I love you.
I’ll come in the spring, I promise.
Wait for me.
4th draft
1/16/88
and:
Colors II
The eyes have it
Jackfrost-sketches on slate walks
too delicate to sense by foot…
bright TV flickers…
the pattern in drapes…
plaid in pleated skirts…
patina of hand-rubbed wood…
the expression of sycamore pallor
against smooth-silk falls
at Clinton near the Old Mill
so many shapes I’ll never touch again
clear to my caressing eyes
I’ve gotten inside pictures
gotten drunk on mountain views,
groped for words to express the colors
I remember
delicacy of shading in Badlands rocks,
azure sky      measureless above summer yards,
the narrow snaking distant     Fall of Embers
scarlet
to  orangeyellow   to
bluewhite
to a blur of tears
at Yosemite…
scarlet
the primary poster-paint of childhood
vibrant with  just-discovered
yelloworange
the shape of chrysanthemum days
textured with growth, adjusting
bluewhite
an incandescent glow
of vision against
the    dark.
Spring, 1973.
Where, Reader, is your place?
Posted by Barra the Bard at 11:38 AM