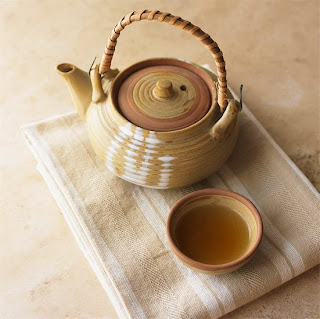 I feel a concern for the people of Japan.

Along with the rest of the world....


Storytellers tend to think in stories, and the Japanese Zen tale that keeps coming to my mind is "The Half-Empty Cup Mind", which I learned from Storyteller Joe Healy. (Almost every tale I tell is blended together from more than one source, but I know he told me this one; Joe was a master of wisdom tales.) Imagine it as illustrated by my ClarSeannachie partner, Linda McNair, on her oak tree harp:

There once was a young man in Japan who wanted to learn everything he could, so he went to a monastery and was accepted as a student. When he had mastered all the knowledge the abbot could teach him, he went to another monastery, and then another, and another. And finally, he sought out the most learned abbot in all Japan, even thought it meant he had to journey a long way.

The custom for one such as he is that when one arrives, one rings a bell and then goes across the road and sits down to wait for the gate to be opened. Sometimes a student will wait for hours, or days; this is a test to see if he is really determined! And of course, we all know that it is the custom for one to take off his shoes or sandals before going inside a building.

Well, this student, having studied under so many masters, had come to have a very high opinion of himself. So he did not wait; he kept ringing and pounding until the porter ran to open the door. Then he swept in, imperiously commanding, "Take me to the Abbot!" When the porter indicated which building was his, the student strode across the courtyard, up the steps--and without taking off his shoes--pushed open the door and went in, barging right into the Abbot's private room!

The old man was about to have tea, and glanced up from his seat as the student announced his name, the monasteries where he had studied, and concluded, "So I have come to interview you, to see if I will let you teach me."

All the disciples gazed at him, astonished by his rudeness, and waited for the Abbot to tell them to throw him out.

But the Abbot merely said, "Please join me for tea."

The student sat down on a cushion in front of him, and held out an empty cup to be filled. 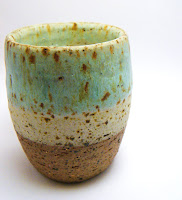 Traditional Japanese teacups do not have handles--that is a Western addition. The custom is to only fill the cup about half- or three-quarters-full, so that one can hold the cooler part of the cup at the top, until it is cool enough to drink.

The Abbot picked up the teapot and began to pour:

until the hot tea overflowed on his fingers.

The young man leaped up, shouting in pain, "What are you doing? Are you CRAZY, old man?"

The Abbot looked up at him calmly. "When you have a half-empty cup mind, come back, and then I will teach you."

But of course, it isn't the end, really, because all tales go on, especially the ones that resonate in our minds and hearts.

Usually I tell this story either for an Asian program, like the Pittsburgh Dragon Boat Festival in September on the South Side, or for a school program for teachers.

Christina Tourin, internationally known as a harper, composer, co-founder of the Scottish Harp Society of America, founder of the International Harp Therapy Program (http://harprealm.com/), and Earth Mother, has a blog which you can follow on helping harperists in Japan: http://harptherapycampus.com/blog/japan-blog/.

Today I am praying for empty-cup minds to help the Japanese people find ways to recover from these terrible catastrophes and ease their suffering.
Posted by Barra the Bard at 12:36 PM