Thomas Jefferson is renowned for many things: the Declaration of Independence, minister to France during part of the Revolution, President, founder of the University of Virginia, inventor, scholar whose library formed the nucleus of the Library of Congress, gardener, architect….and, my father would add, introduced ice cream to America—although Wikipedia says that Benjamin Franklin, George Washington, and Dolly Madison all made and served ice cream to their guests. 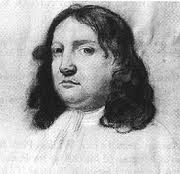 In payment of a loan made to the King of England by Admiral Penn, his son William Penn was given the charter for Pennsylvania in 1682. A member of the Religious Society of Friends, commonly called Quakers, and having spent time in prison for his beliefs, William was well aware that Quakers were undergoing persecution in Britain, so he saw this land between New York and Virginia as a refuge for Quakers. Like other non-Anglicans, they were banned from practicing the professions, could not attend universities, and many became merchants and entrepreneurs. What I did not know until I read that article was that ice cream was actually introduced first by Quaker colonists, who brought their recipes with them.  Cities such as New York, and probably Philadelphia, had confectioners selling ice cream 100 years later, before the Revolution. Jefferson helped popularize it among his friends.
Now why should I want to write a blog post about ice cream?
Because my mother, Dorothy Dangler Jacob, felt bored and restless as a 1950s homemaker, that’s why. One evening at supper when I was five, my mother said that after we finished, she’d be going out; she was starting a part-time job at Welsh Farms Dairy in Long Valley, NJ. My brother scowled; none of his friends’ mothers worked outside the home, but I was curious. “What will you do?” I asked.
“Milking the cows,” said Daddy, his eyes twinkling. “She’ll be a milk-maid.”

My acquaintance with cows being limited in those days to nursery rhymes like the cow jumping over the moon, that seemed pretty cool to me. Mother smiled. “No, I’m going to be answering the phone and helping with orders for the milkmen,” she said. “My job is called a Night Owl.”
Then Daddy explained that it meant she’d be driving over to Long Valley and back, that she’d leave after supper and get home very, very late—so if Mother decided to take a nap during the day, we’d have to be very quiet so she could sleep. Unfortunately, she was not capable of napping, so she spent years being sleep-deprived.
“And,” she added, “I’ll get part of my wages in dairy products—milk, cream, and ice cream.” 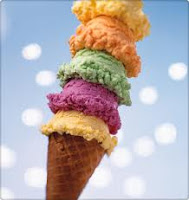 Then there was the time I was called in on a holiday weekend when we were unexpectedly short-staffed, and set to managing the ten tables in the dining-room by myself. A family came in with two boys for dinner. The older one was a brat; nothing satisfied him. Finally he decided on a big chocolate fudge sundae for dessert; I made it, brought it to him, and he insisted he had asked me for strawberry instead of chocolate ice cream. I went back to make another one, but didn’t notice that Bobby had dripped some water on the floor before he had a chance to mop it up.  A rapidly-moving waitress stepping on wet tile floor might as well be wearing roller skates. I landed on my rump, keeping hold of the sundae dish—but the whipped cream and cherry flew up in the air and landed on my head like a clown’s hat before sliding down over my glasses….so once again, I made another and after cleaning myself up, delivered it to the customer. My tip was five bucks.
I worked there until mid-January, and again the next two summers. My family ate there for years, especially after they moved up to Panther Valley, even after it was sold and the name changed to first, the Eatery, and then BLDs (for Breakfast, Lunch and Dinner) Grille & Restaurant. The food was always good no matter how the décor changed. The ice cream was superb.
After I finished college and graduate school, and got married, Mother was still working at the dairy. Every nice day at lunchtime, she’d walk 20 minutes up a country road, sit on a wall and read for another 20 minutes while she ate, then walked briskly back. She kept postponing retirement, because she was having so much fun with the computers, and enjoyed training younger women—who would then be sent to another department. Finally, when she did retire in 1995, she surprised everyone by admitting that she was 85. They’d all thought she was much younger. She had worked there for 44 years.
At the Country Shops, I remember a woman customer who’d come in every week, ask for a strawberry malt, and then complain that we could never make it to her satisfaction. Once Rita chatted with her, and elicited the information that when she was a little girl, the woman’s father had had an ice cream parlor where he used to make her strawberry malts. “Well, no wonder we can’t get it right for you,” Rita said. “You’re tasting it with your memories of that time with your daddy. What can live up to that?”
Alas, Welsh Farms is no longer. I will never have Dutch Apple in the fall again, or vanilla fudge, or peppermint stick, or raspberry sherbet, or any of their other flavors at any other times. But I do have a round platter with the logo on it of the little boy in the green checked shirt and red striped pants, leading a red-and-white calf, given to Mother on one of her anniversaries, somewhere there is a little notebook of handmade cartoons I made, and I can still taste the flavors with my memories.

Bananas or not, may whatever ice cream you love be supreme for you!