I began writing this blog in March of 2011, when I was out of work and had been for over a year—after being downsized. I feel no resentment about this, because for eight good years I had been the school secretary/receptionist for the DePaul School for Hearing and Speech. It is an oral auditory school for the deaf and hearing-impaired in Pittsburgh’s Shadyside neighborhood. Their motto is “speaking miracles.” Even though I was not in the classroom every day (or perhaps because I wasn’t), I did see miracles often, as these children, some very young, learned to: 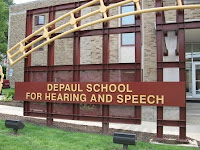 However, like many non-profits, DePaul School too was impacted by the recession, and so two years ago, with fewer grants, decreased donations and less state aid, they had to make some cuts. Among the decisions they made, trying not to impact the programs for the students, they decided to have one less secretary, and I had the least seniority.


Back in the ranks of the unemployed, I discovered that that whole endeavor had drastically changed since 2001! My counselor at CareerLink, which is the Commonwealth of Pennsylvania’s agency for finding work for those receiving Unemployment, recommended in September, 2010, that I go to the Career Development Center in the Squirrel Hill. It is a division of Jewish Family & Children’s Services; I qualified under a program called Maturity Works(http://maturityworksforbusiness.org/). I was able to take advantage of the CDC’s staff’s expertise through their many excellent workshops and several job fairs. Two of the things I enjoyed most were a biweekly support group—it was a great relief, sometimes, to share how we were coping with the uncertainties of our situation—and to gain practice in interviewing, as well as suggestions for improving my resume.

And did I get another secretarial or receptionist job? No.


At a job fair, I met the Human Resources director for a company that provides non-medical caregivers for the elderly. I'd never considered this field before, but it sounded interesting and necessary. When she called me the next day to set up an interview, I reasoned that the training was free, I have a physically handicapped husband, and even if the position didn’t work out, that training would still probably help me take better care of him. Besides, I love helping and interacting with other people. Win-win…so I decided to try it. At first I worked for about 15 hours a week; after my three-months’ evaluation, that was increased to 30-40 hours. I enjoy the clients, flexibility, and the variety, I am now certified in First Aid and CPR—and surprisingly, I can use some of my storytelling talents on the job!


I did not intend to stop blogging…but a number of personal things occurred during and after February, and I just didn’t feel satisfied with any of the posts I tried to write. So I stopped posting. You know, life.


One thing I have learned as a storyteller and performer is that if I don’t like the material myself, it will not work well for anyone else, either. But while I do not promise to post frequently (I’d rather be silent that inflict poorly-written and uninteresting material on readers), I will try to post at least once a month. Sometimes it may be more often. Recently, several things have caused me to do more writing. For example, I've posted more chapters to my Middle-earth novel, Tree & Stone, and a couple of new stories under my pen-name of Barrabard at www.tolkienfanfiction.com.


Ever notice how one change seems to affect a lot of other things in your life? In this season of graduations, I’ve been thinking about that a great deal lately. Jane Lynch said in a commencement speech that sometimes we plan too much. It was humorously said, but she's right. My life is far different than I envisioned it would be.  In the end, what will decide whether or not I've lived successfully will be how others remember me.